What is a Fascinator?

There still seems to be some confusion around what exactly is a Fascinator, especially now that Ascot has banned them from the Royal Enclosure. I am hoping this might shed some light on the subject, although there are always some exceptions to the rule, just to confuse things!
I have actually just looked it up (for the spelling mainly, because I never quite remember which way round the s and the c go!) and it is in my dictionary as this: a woman’s light, decorative headpiece consisting of feathers, flowers, beads, etc. attached to a comb or hair clip.
I actually think that sums it up quite well, although I would add that they are usually on an aliceband, have a flat, unblocked base and often have a curl of sinamay or other similar material.
If a hat has a blocked base then I would class it as a small hat or headpiece. For Royal Ascot they stipulate that this needs to be a minimum of 10cm.
I don’t usually make Fascinators but do have one listed on my website. Even I was in two minds whether or not this was actually a Fascinator (albeit a large one) but decided that it had enough characteristics of a Fascinator to be classed as one. I am also aware that they are still popular and this particular piece gets a lot of compliments. So…the first image is a Fascinator and the second is a headpiece….any clearer?? 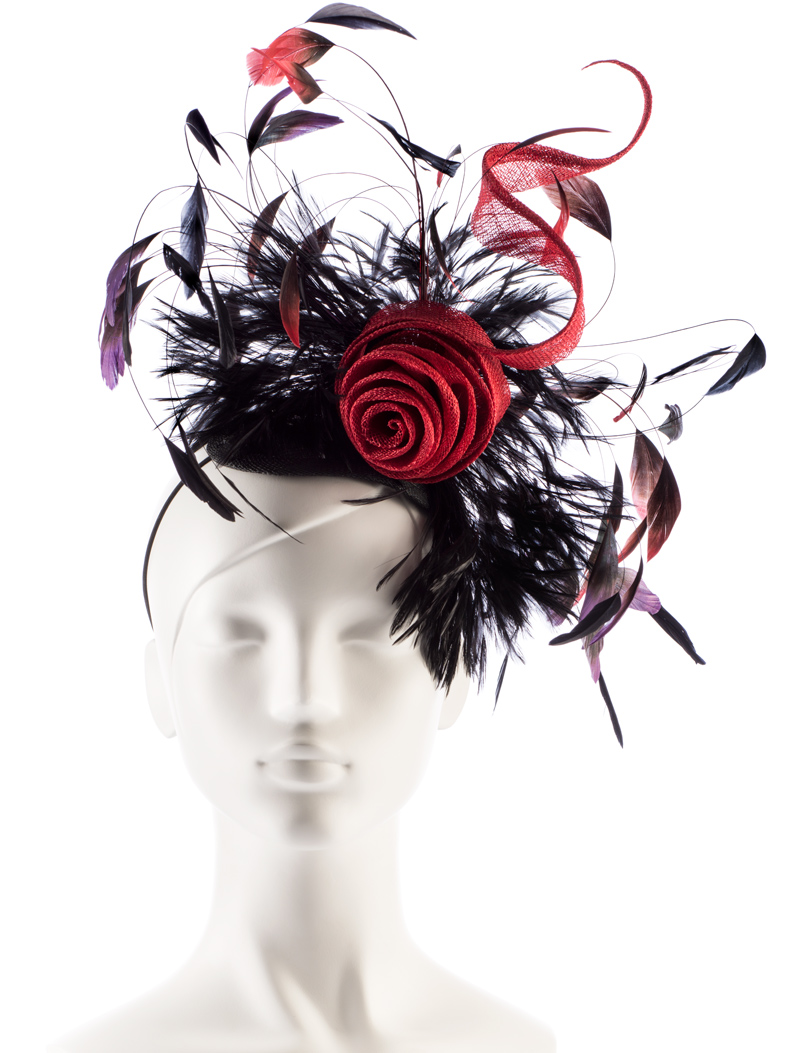 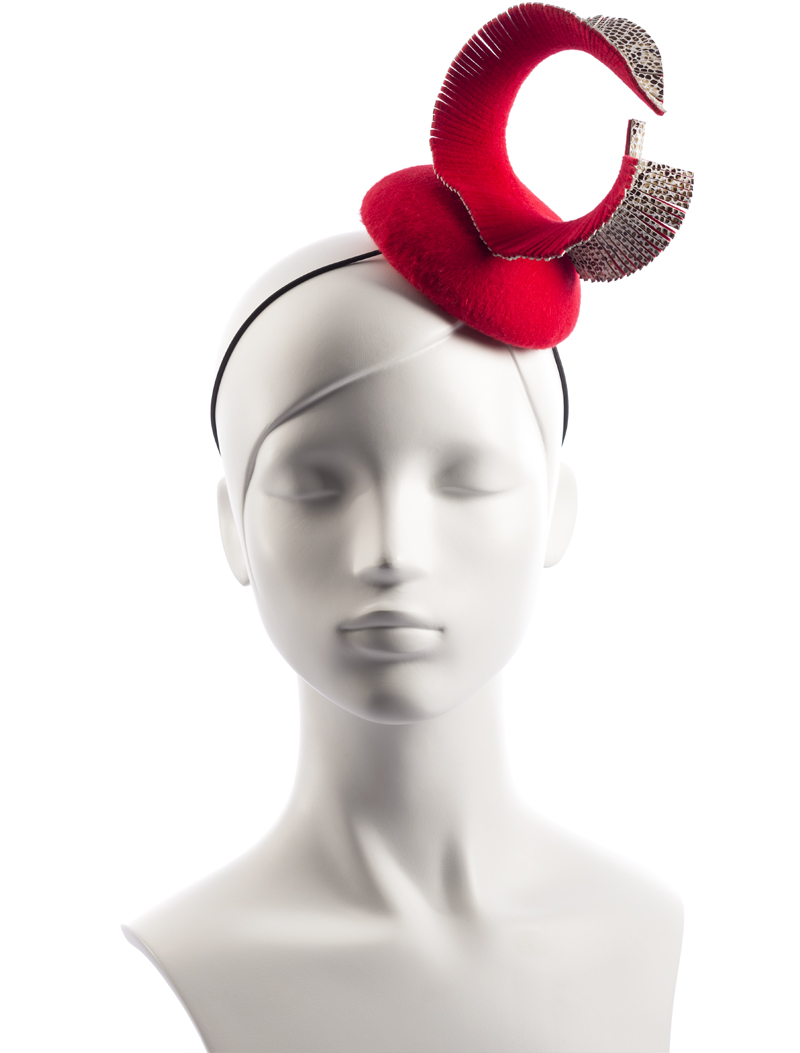